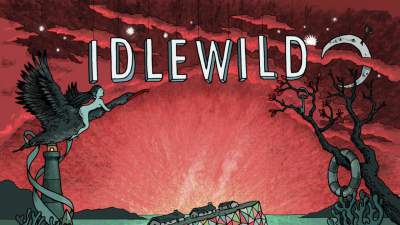 Greetings! We thought it was high time we started to let you folks know about some of the music that rocks our world at Moonbeams Towers. 2015 has already been a fantastic year for new releases and here are 3 for you that we think you should check out!

Idlewild – Everything Ever Written 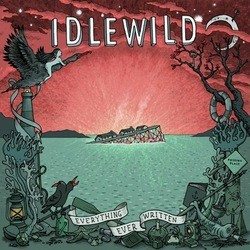 re really excited to hear what the rejuvenated Idlewild had up their sleeves with this new record. Is it any good? In a word yes!

Whilst the songs on the last album, 2009’s Self Electric Blues, were great it was pretty obvious the band weren’t firing on all cylinders and the raw spikiness that had made them so appealing in the previous 15 years just wasn’t there. No such problems on ‘Everything Ever Written’ which is chock full of energy from the word go. The riff on opening track ‘Collect Yourself’ is an absolute monster and will have fans of classic Fairport and Steeleye weeping with joy. Fans of Woomble’s solo work will love ‘Come On Ghost’ which occupies the same lyrical flow and style but with added oomph.

The quality never lets up right across the albums 12 tracks and finishes with the windswept piano of Utopia evoking the albums recording sessions which took place on the Isle of Mull.

If you love Woomble’s straight up folk and nothing else you might find this record a bit rocky for your liking and similarly if you’re purely a fan of the bands earlier work you might end up disappointed. If you’re happy to delve into the middle ground between the two though you’ll absolutely love ‘Everything Ever Written’. A fantastic return to form!

We’ve loved these guys for a while now and debut album ‘Origins’ is one of our favourite records of the past few years so to say we were excited to hear the follow up is an understatement! We’ve not been left disappointed either – this is an absolute belter of an album! 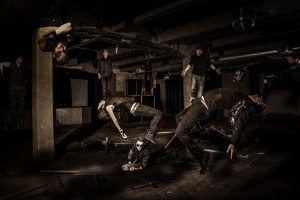 Leading with the tension building ‘The Long Count’ this is an album that  attacks the senses like no other with an out sound-clash of styles, tempos, instruments and tunes. As traditional music recordings go ‘Grind’ has unprecedented levels of energy and may well just leave you breathless. If you’re wanting music to relax to stay away – this is riff heavy, fast and energy sapping but most importantly it’s absolutely brilliant!

‘Masters’ is four and a half minutes of pure adrenaline with pipes and electric guitar hurtling along at breakneck speed while ‘Banger’ provides a rare moment to get your breath back before rattling into the type of tune you’d expect from a song with such a name! ‘The Sly One’ is the albums highpoint and stands head and shoulders above everything else on an already peerless record. It’s an absolute riot from start to finish and if this doesn’t get festival goers bouncing this summer then nothing will!

I could go on and on about how great this record is but I won’t, I’ll just say this instead. Go and buy it!!!

The Young ‘Uns – Another Man’s Ground

The Young ‘Uns turn out albums with enviable speed 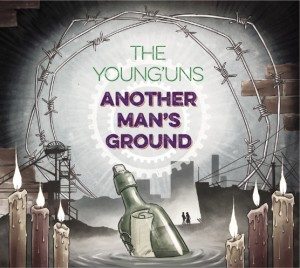 ; in fact we’re not sure if they ever sleep! By our reckoning this is album number 3 in the space of just 2.5 years and given that it comes in amongst a wealth of touring, hosting singing weekends, producing podcasts and a recent visit to the Folk Alliance in Kansas it’s even more impressive.

Is the content as impressive as the bands speed of output though? You bet it is! ‘Another Man’s Ground’ is yet another step up for the supremely confident and fiercley intelligent trio and features, arguably, their strongest set of songs to date. The strewam of social conciousness that has crept in on previous albums is at the forefront of this new release with the defiant yet fun repost of ‘You Won’t Find Me On Benefits Street’ and the movingly powerful ‘The Streets of Lahore’. A run through Billy Bragg’s ‘Between The Wars’ is another indicator of the bands thought process and represents a rousing high point of the album.

One of the North East’s most renowned writers of folk songs, Graeme Miles, gets strong representation with 2 of his compositions recorded as The Young ‘Uns continue to plough a furrow that is as local as it is global in content, theme and style. It’s this ability to look on their own doorstep as well as the collective doorstep of the world that sets them apart and should open them up to wider audiences beyond the realms of folk clubs.

Another brilliant record by one of the UK’s brightest and sharpest groups.

***we’ll have a fantastic interview with the Young ‘Uns on the Moonbeams website very soon!***