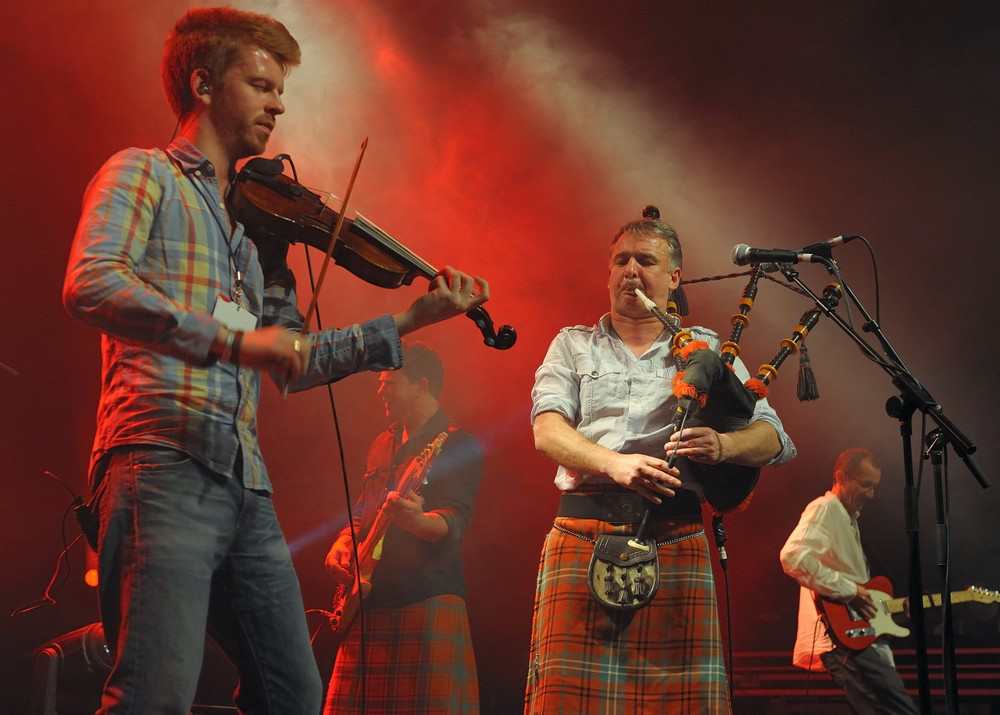 2014 – What a fantastic Moonbeams Festival weekend!

Thank you all so much for coming along and making Moonbeams 2014 so special. Watch this space for details of the 2015 line up, but in the meantime here are some great memories from this year:

‘A little piece of heaven on the Wolds’ – Adrian Edmondson

Now in it’s 7th year, the festival provides the perfect weekend away to enjoy world class folk music and award winning ales in the most beautiful surroundings!

Set in the grounds of the Wold Top Brewery, perched on top of the Yorkshire Wolds. Moonbeams Festival is one of the country’s best kept secrets!

Artists who performed in 2014… 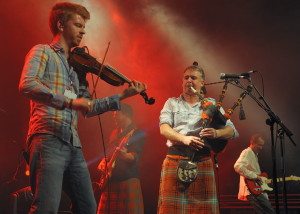 Hailing from the Isle of Skye, the Peatbog Faeries are the figurehead trailblazers of the Celtic Dance Music renaissance. Drawing upon a dazzling myriad of influences from traditional jigs and reels through jazz, hip hop, reggae and more, they take traditional Scottish music and bring it fresh-faced and breathless into the 21st century. They have toured the world taking their inventive and unique brand of music and light show to audiences far and wide, never failing to fill the floor and delight the crowd. This is high octane Celtic dance music as you’ve never heard it before. Be prepared to dance.!! The Peatbogs have twice been voted “Best Live Act” at the Scottish Traditional Folk Awards, in 2005 and 2008. In 2012 the band were nominated for “Best Live Act” at the BBC2 Folk Awards 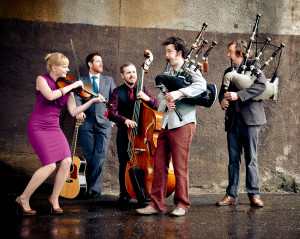 Ever since launching their career as winners of an Open Stage Award at Celtic Connections 2005, Breabach’s star has been steeply on the rise, an ascent that continues with the release of their fourth album, Ùrlar. They are often described as the new faces of Scottish Traditional music. Their career has already seen them voted ‘Best Group’ at the Scots Trad Music Awards and nominated for BBC Radio 2 Folk and German Folk Awards. Breabach unite the thrilling talents of Calum MacCrimmon (pipes/whistles/ bouzouki), Ewan Robertson (guitar/vocals), James Mackenzie (pipes/flute/whistles), Megan Henderson (fiddle/ vocals/stepdance) and James Lindsay (double bass). Founder members and new recruits have forged a seamlessly fresh creative dynamic, further enriching Breabach’s signature synergy of songs and tunes, traditional and modern, sweetness and fire. 2013 saw Breabach perform across the globe and 2014 is no different, kicking off with a New Year performance at the Woodford Festival in Australia. March and April they are performing at Womad New Zealand and Sydney Opera House before returning to the UK for Moonbeams,  HebCelt  Festival, the Commonwealth Games and a full UK tour. “Breabach are the most compelling and exciting big stage traditional Scottish band around; the line-up changes haven’t altered the dynamics at all with the twin pipes, step dancing, beautiful ballads and effortless charm all still in place.”- Neil Pearson, Shrewsbury Folk Festival, 2011 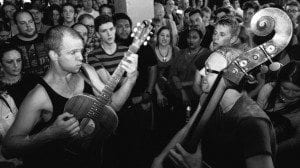 Nizlopi are John Parker (double bass/beat box) and Luke Concannon (vocals/guitar), a duo who sound like a four piece, folk hip-hop band. They are most widely known, for being the underground, independent act that topped the UK and Irish charts with ‘The JCB song’ in 2005. They have a fierce reputation for inspiring, moving, live shows often taking the show into the heart of the audience. ‘Everything I know about live performance I learned from them’  Ed Sheeran (ex-roadie to Nizlopi) 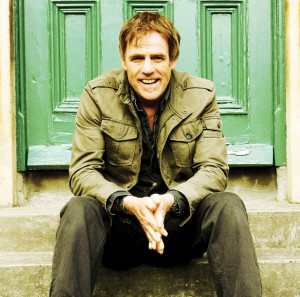 Martyn Joseph is a performer like no other: Shades of Springsteen, John Mayer, Bruce Cockburn and Dave Matthews there may be – but he stands in his own right, built on a reputation for giving what thousands have described as the best live music experience of their lives delivering his “songs of lyrical intelligence” according to BBC Radio 2’s Bob Harris. Martyn Joseph is a powerful singer and songwriter gifted with the rare ability to speak to the soul with his expressive and poignant lyrics. With a career spanning 30 years, 31 albums, over a half a million record sales and thousands of live performances, the versatility of his music touches genres of folk, rock, soul, folk funk and Americana, yet somehow all these labels cannot define the spirit of his music. Compared to Bruce Springsteen, John Mayer, Bruce Cockburn and Dave Matthews, he has created his own style and reputation as a mesmerising live performer. A unique talent driven by passion, social awareness and love for his trade, his music manages to empower and speak for the many. Martyn was awarded Best Male Artist at the 2004 BBC Welsh Music Awards and in 2012 his song “There’s Always Maybe” won the best folk song category in the World Independent Music Awards. In addition to his 5 top 50 UK hits, the importance of his work has been recognised by programmes such as BBC 2’s prime time series on Singer/Songwriters. Social justice has an essential presence throughout his music, which has been recognised with various humanitarian awards and plaudits. Upon the release of his last studio album BBC Radio 2’s Bob Harris said “Martyn is one of our most intelligent writers. He gets better and better.” Described as a cinematic journey through continents via his trademark ‘one take’, up close sound with stunning instrumentation, “Songs For The Coming Home” resonates with raw performance. Incorporating this element of live presentation into the recording process, preserves the spirit of this charismatic live solo performer. He has won the love of audiences from USA to Europe through an impressive number of live dates, and has previously toured with the likes of Art Garfunkel, Jools Holland, Ani DiFranco, Suzanne Vega, Mike and The Mechanics, Joan Armatrading, Celine Dion and Shirley Bassey. He is hailed as a raconteur weaving tales on topical concerns, as well as stories on the fragility of love, with a magical ability to reach out to his listeners through his passion and humour. Stunning reviews single him out as an unmissable solo performer whose music stays with you long after the show has ended. 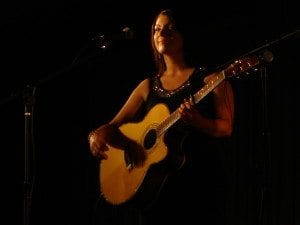 Edwina Hayes numbers Michael Parkinson and Nanci Griffith among her fans. Her beautifully written songs, charming stage presence and voice of an angel have won her a reputation as a true natural talent of gentle folk-americana. She has opened numerous shows for Jools Holland and Van Morrison and the title track of her album Pour Me A Drink was covered by Nanci Griffith who calls her ‘the sweetest voice in England’. Her cover of the Randy Newman song Feels Like Home was featured in the Cameron Diaz film My Sister’s Keeper and has since had over six million plays on You Tube. As well as her own gigs playing stages everywhere from Glastonbury to The Royal Albert Hall, Edwina is often invited to guest on studio albums and support major artists on tour. As well as touring extensively with Jools, Van and Nanci Griffith, Edwina has also toured with artists ranging from Loudon Wainwright and Roger McGuinn to KT Tunstall and Gretchen Peters. 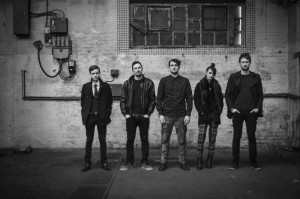 Van Susans are a 5 piece alternative rock band comprised of four lads from London and a Scottish lass from Glasgow.

They make music of different shades of indie esq folk rock, been described by some as a modern day answer to The Levellers and The Waterboys.

Big guitars, swirling violins all accompanied by a light twinkle of the piano.

Having released their debut album ‘Paused in the Moment’ in late 2012, the band are set to have fresh material out this year – it’s all very exciting at the moment for VS!