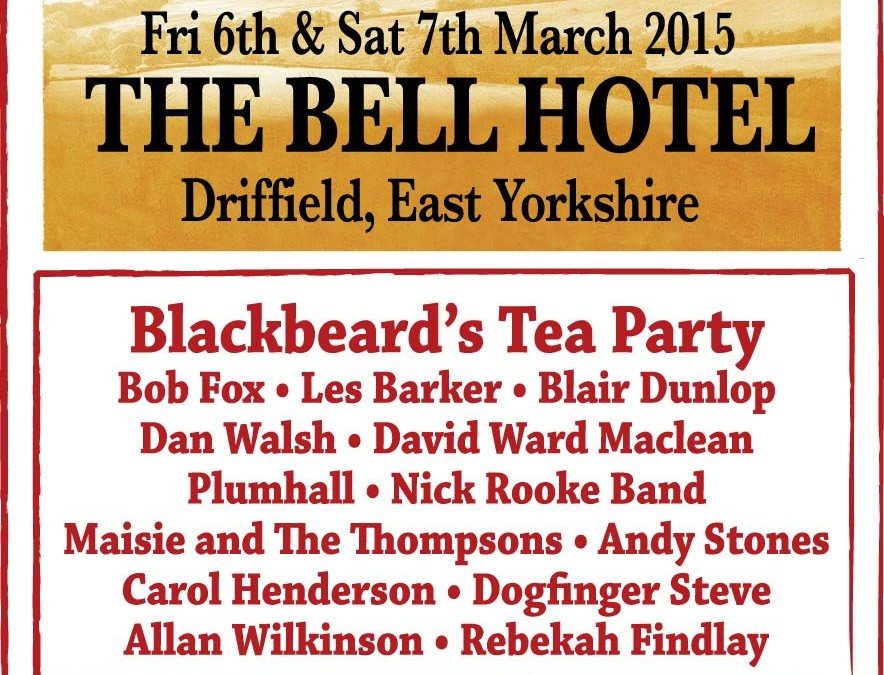 There were tired eyes and fuzzy heads aplenty as we congregated at the seemingly ungodly hour of 12pm for the start of day 2 of the Moonbeams March Folk Weekend but congregate we did. The afternoon sessions proved to be well worth it as well with some fantastic performances to ease everyone back into the festival and melt anyway any lingering hangovers. 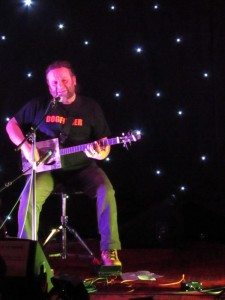 In the Maple Room Dogfinger Steve had made a miraculous recovery from his previous nights sleeping exploits and set about doing what he does best. The brand of blues that he peddles is gentle, welcoming and overall thoroughly entertaining. A good half hour listening to his cigar box guitar work and we all felt alive again.

Alan Wilkinson had the same effect on the Town Hall audience as he put down his camera for once and picked up a guitar instead to rouse the audience from their midday slumber. Same again next year Al?

A late but more than welcome addition to the bill came in the form of long-time Moonbeams alumni Anna Shannon. We never tire of seeing Anna on our stage and she didn’t disappoint with a packed room lapping up every tune, story and song from East Yorkshires most underrated songstress. 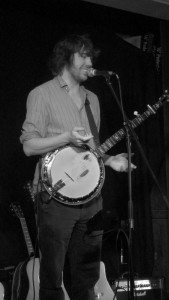 In the Town Hall there was a serious sense of anticipation from the audience as banjo maestro Dan Walsh took to the stage. It’s fair to say that the anticipation was met and then some. Without a doubt this weekends winner in terms of new fans Dan wowed the room with some electrifying licks on banjo and guitar that had people shaking their heads in disbelief. Watch this guy fly this year! 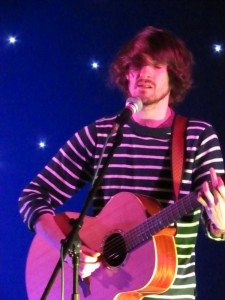 Blair Dunlop is another long time Moonbeams friend who go’s from strength to strength and we were immensely pleased to have him back with us for the umpteenth time. Blair treated us to a set of self-penned and well-known tunes with a couple pinched from his Dad as well. Such was the popularity of his Maple Room set that many of the audience followed him across to the Town Hall for his evening session set as well.

Back in the Town Hall a certain Les Barker was doing what only Les Barker can do. Sides were split and faces ached as the likes of ‘Cosmo The Fairly Accurate Knife Thrower’, ‘Reg The Lonely Glow Worm’ and ‘The Shipping Forecast’ were aired to room-wide laughter. If there’s ever a world were Les barker isn’t funny then quite frankly we don’t want to be part of it! 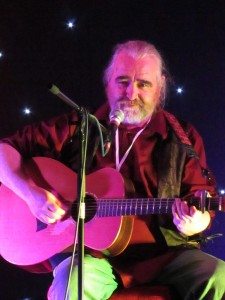 Closing out the afternoon session an ailing David Ward Mclean growled his way through another sterling set of originals and much loved classics complete with his usual deadpan humour and self-deprecation. His voice was waning towards the end of the set but a quick dram of mal whiskey showed there’s not much can slow a Scotsman down.

After a couple of hours to re-charge and re-fuel we dived headlong into the evening concerts with Moonbeams very own Maisie And The Thompsons opening the Town Hall stage. Met at Moonbeams, formed and named at Moonbeams and now playing our stage for the second time in their short career. Songwriters of rare renown and slick as you like, it’s incredible to think that they only met as a group a little over 18 months ago. Watch them go!

On the Maple Room stage another long term friend in Carol Henderson was up next and provided yet another exemplary set of original and much loved songs and tunes to keep the momentum rolling. There’s no finer singer for doing so and as always Carol fails to disappoint once more.

There’s been a real buzz around Plumhall for some time with their latest record ‘Thundercloud’ gaining rave reviews all over the place. It’s easy to see why as well as the power through a rousing set. The title track of the album and a sing-along to ‘How Deep Is This Valley’ prove highlights of breathless set.

Finally over in the Town Hall the festival gathers together for one last time to welcome one this countries finest folk-rock ensembles. Blackbeards Tea Party are impossible to dislike and whip up an atmosphere inside the first 4 bars of their headline set. 2013 album ‘Whip Jamboree’ won the band a whole host of new fans and they win a few more tonight with even the most washed out of the audience tapping along enthusiastically. A few new songs from their upcoming new album go down well and a blistering rendition of Jake Thackray’s ‘The Lodger’ goes down an absolute storm. A brilliant end to a brilliant festival!

See you in July at the Wold Top Brewery? You’re damn right we will!